I'm the owner of white painted Solaris, which is in the combination with Black-on-White LCDs looked good to me. However, I have to admit, the choice for five 40*2 LCD itself was not ideal to me. The surface is huge, so, every LCD you see from different angle. For me personally it was hard to read the value from side LCDs without changing the position especially if it has a fleck. So, instead of complaining, I came to the idea to replace them. I chose White-on-Black. I used that combination before at my other projects and haven't expected any troubles. I'd prefer Noritake VFD displays instead of LCD, but replacing five 40*2 would result in much higher costs. So, I stopped at LCD, by some Chinese vendor at $25 each. The replacement looked to be straight forward, unfortunately, with some difficulties. There is no contrast tuning fro each LCD in the Solaris, and since I install inverted type of LCD, it needed different contrast voltage settings. In order to do that I needed to desolder original contrast smd resistor (one for each LCD) and solder another one. But I didn't want to do that. So, instead, I disconnected contrast pin on LCD side and soldered 1k resistor to the ground.
I attached some photos. See the comparison with original LCD - view angle is much higher now. LCD is well readable even with flecks. 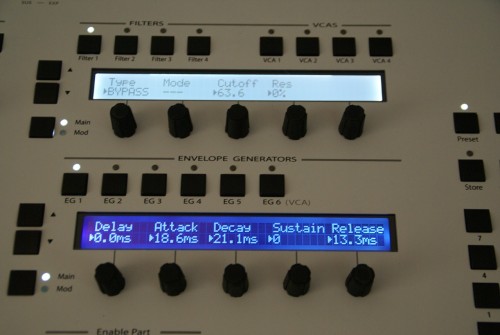 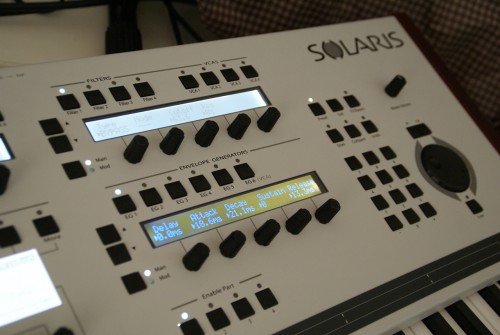 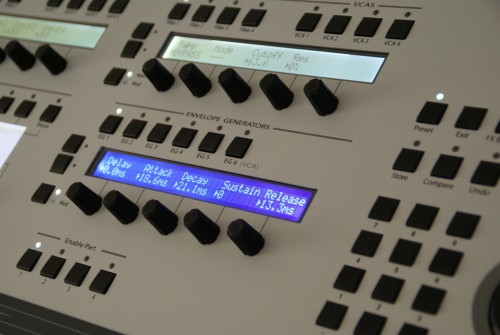 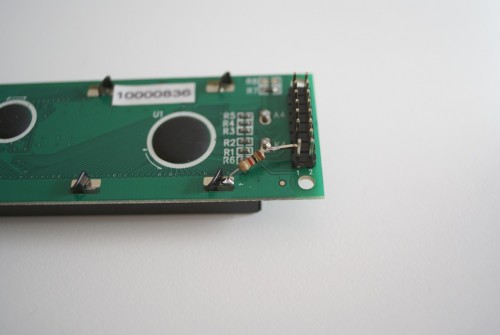 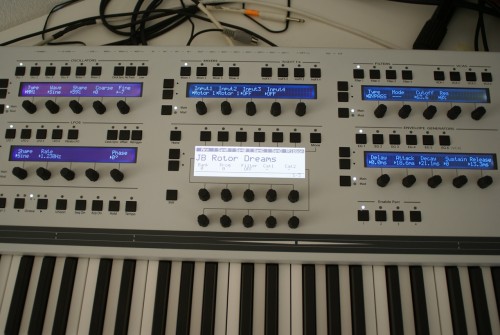 And another photo. You see the Solaris form another angle, not typical for "working position". All five ones looks to be very different. But even far LCD is readable. 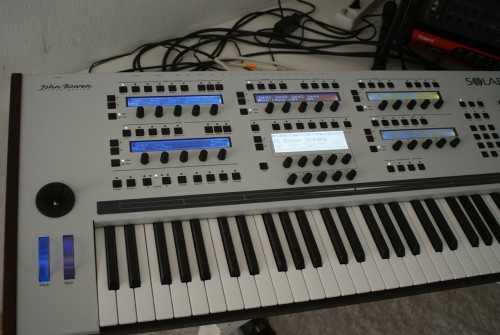 That actually looks pretty cool....I wonder how it would look on a dark Solaris? Not that I am going to change anything, but if I did I would also consider changing the main display to match.
Top

Marzzz, agree, it may look better, but the idea was to make the environment comfortable. Original center LCD still works fine to me, it doesn't have the issues explained above.
Andrei Kudryavtsev,
http://www.deftaudio.ru
Top

Nice idea, my old eyes would love that......but i'm not this good in soldering things.
Top

Well, it looks quite ugly to me, but if there's enough interest, I could investigate buying a large number of them with the correct contrast values installed.

it has lost design balance. It may look better on black version with all LCDs replaced. But as I wrote the idea was to make it more comfortable to use. That was achieved.
Andrei Kudryavtsev,
http://www.deftaudio.ru
Top

Yes John, it's Ugly.
But it's more easy to read.
I'm not sure i'm intersted to do that on my unit yet.
Perhaps in some years, when i shall be totally far-sightedness.
Top

I think if you replace the middle LCD it would look great. Your're almost there. I think the reason why it looks "ugly" is because it doesn't match... Just my .02
Top

It was a real challenge to find a color for the bigger display that came somewhat close to that of the smaller displays. We were quite picky about the look and the color, etc., to have what we felt was an esthetically pleasing look. However, I do understand that from a practical or functional viewpoint, some may want to have an alternative such as Andrei has done here.

I can see if there is an appropriate substitute for both the 2 x 40 and graphic displays in terms of reversed color, and let those of you interested know in the total costs. Just let me know who is really interested.