Recently I was contacted concerning an upcoming review of the Solaris, and they wanted to know the history of the graphics design. After searching a bit, I found some pictures of the very first design, and I thought I’d post a few of them here, so you Solaris owners can see just how far we’ve come! 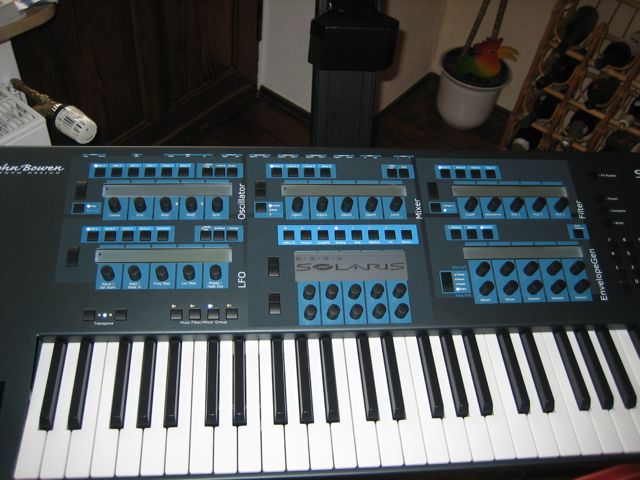 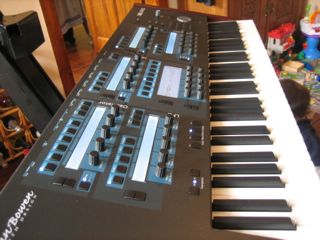 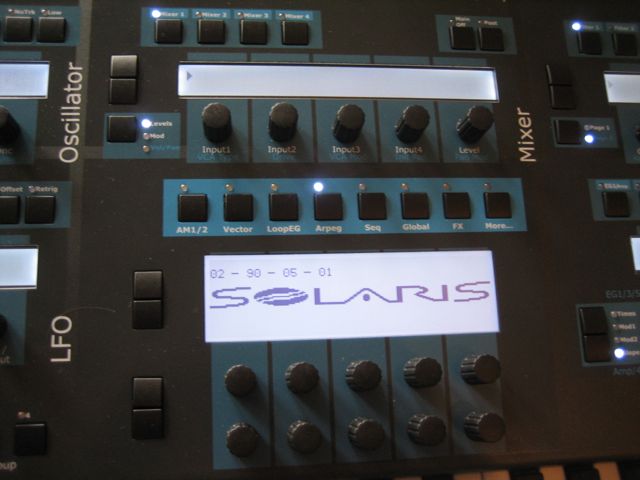 That first design was done by Holger and Juergen. They had taken my front panel layout, and added their graphic ideas, and I had no idea what it was going to look like before I arrived in Germany, and...well....to be honest, I was pretty depressed!

There we were, 2 weeks before our Frankfurt Messe debut in 2007, and my ‘dream synth’ looked more like an ugly duckling!

I contacted Axel Hartmann, well known for his graphics design, to see if he could work on an ‘emergency rush job’ to fix things, and he came up with a definite improvement: 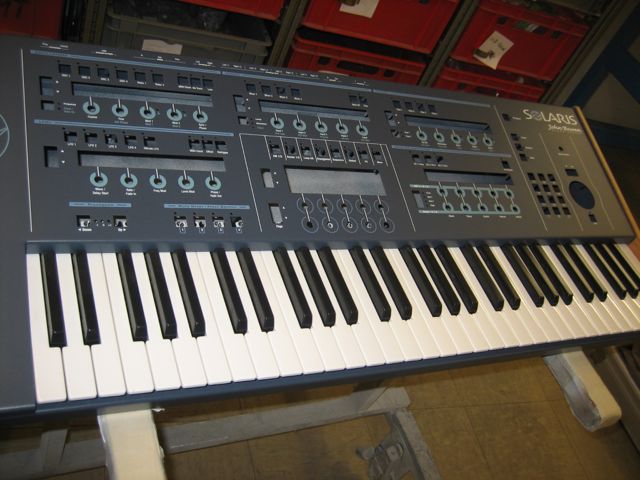 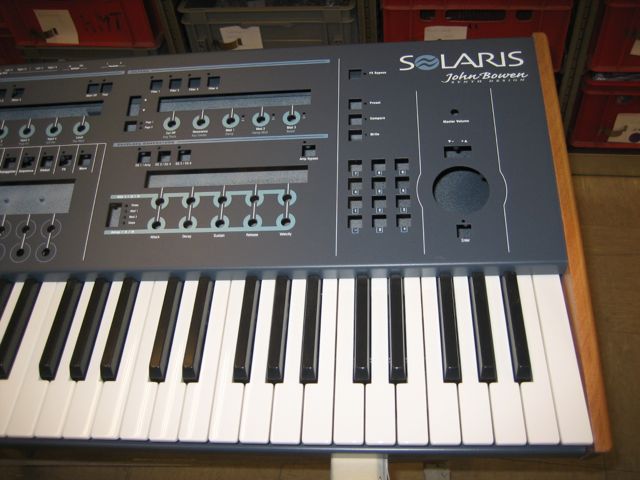 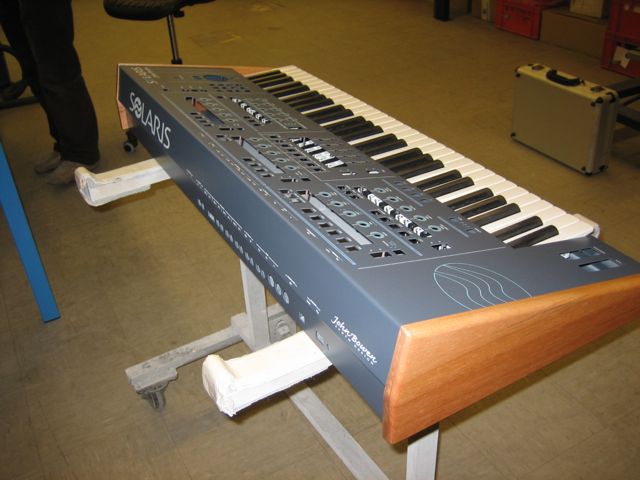 The Solaris logo, with the ‘wave’ in the O, was actually done by a very good friend of mine, John Heisch. I had planned on using that, no matter what, however, it got voted down by my associates, and we proceeded to rework the graphics for the subsequent prototypes, abandoning as well Axel’s design.

We finally ended up using some graphic designs done (via much discussion) by Goffe Torgerson. You can see several of these in the Solaris Synth Facebook photo collection. We continued to simplify with each successive prototype, ending up with the final production graphic look you have now. Much better, I think!
Top

I want to know what happened to the Solaris with the sun or "fire swirl" in the O. I thought that added a nice burst of color to an otherwise conservative layout. (Colorwise that is)
Last edited by jaykeel on Tue Dec 20, 2011 10:25 am, edited 4 times in total.
Top

Do you mean this one? 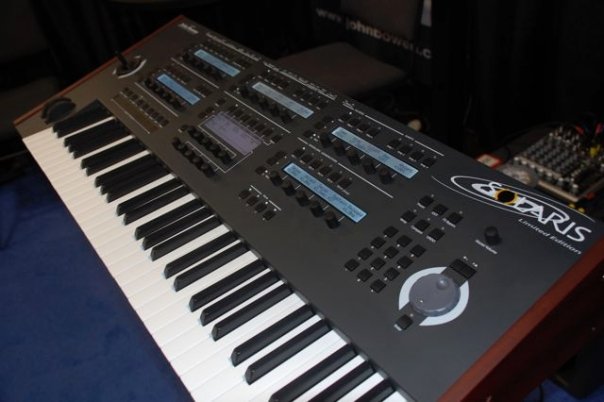 This is our third prototype - the O had some color around the edges, and there was a sort of ‘galaxy’ spinning behind it.
Top

There were a couple of reasons we changed that:

1) You would be amazed how many comments I got when showing this model that they thought the black center of the O was a hole, some even trying to put their finger in it!

2) We felt the galaxy swirl really made it too busy

Just thinking about it... Might have been cool to make that the power button. Have it light up red when on...

John Bowen wrote:You would be amazed how many comments I got when showing this model that they thought the black center of the O was a hole, some even trying to put their finger in it!

It may just be the sleep deprivation, but I'm finding this contagiously funny.