after more than two hours of testing
I disconnect and reconnect the power SEVERAL times (30 times minimum)
it loads the main screen shows No Compact Flash
several tries, I removed the memory card and put it back several times
it works!

Today I have encountered a serious problem with my Solaris. Its serial number is: 0016X.
Everything was working just fine until now; when I turned it off for a few minutes and then restarted it – as soon as the power was on the main screen appeared grey/black, then – a few moments later – all the button lights were on and then nothing. The system does not load, with or without the memory card – nothing happens; despite the use of the 1.3.8. combination – it doesn’t seem to work. Just before all of this happened, I had to switch it off after an hour of use because of the same kind of bug I’ve already written about on the forum. I do not know if these issues are linked. What would be your advice regarding this problem?
Pictures attached."" 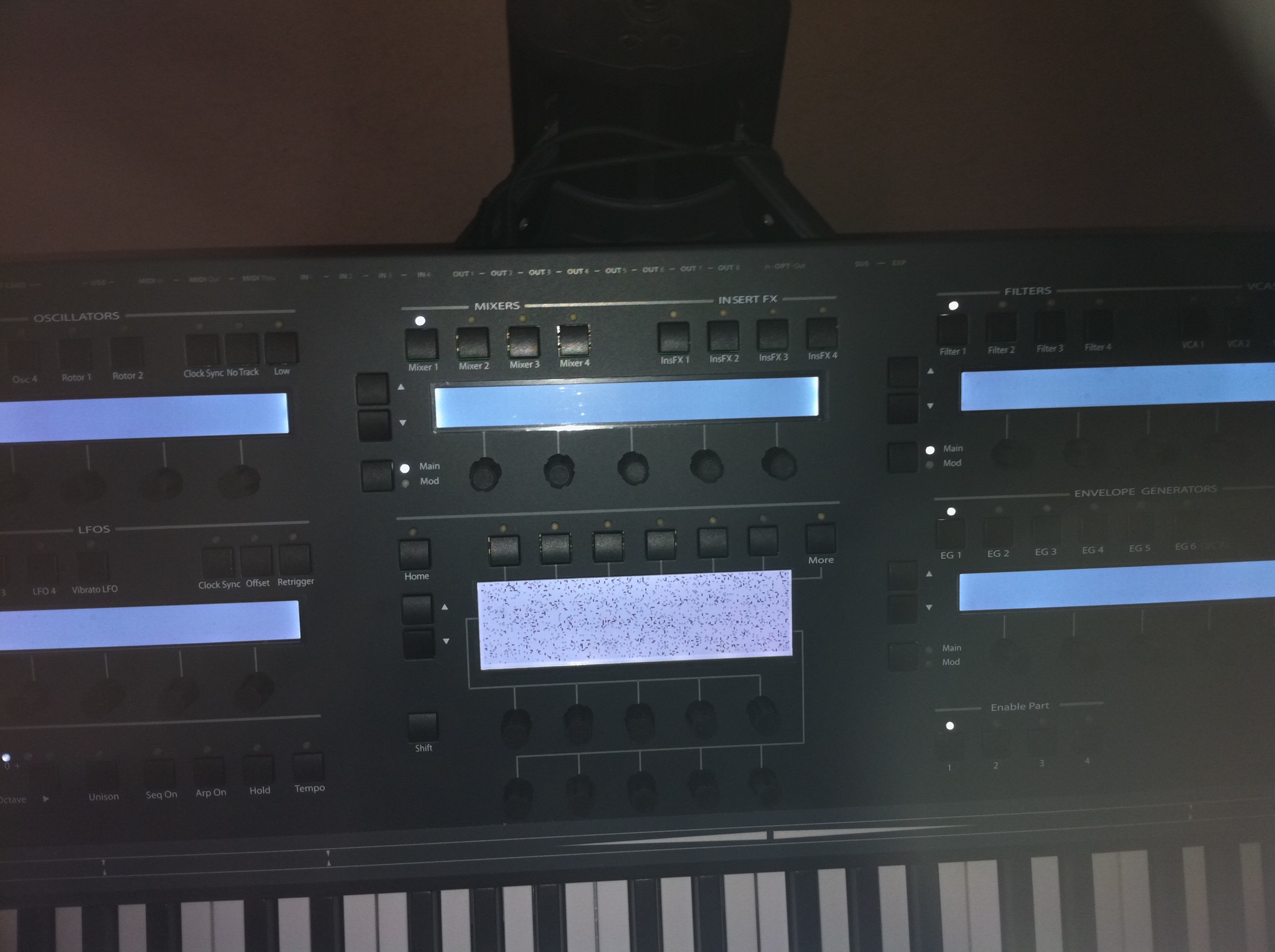 another bug, i turn off
it does not work anymore
even without a memory card, it shows me that the snow on the main screen

it does not load! don't work again 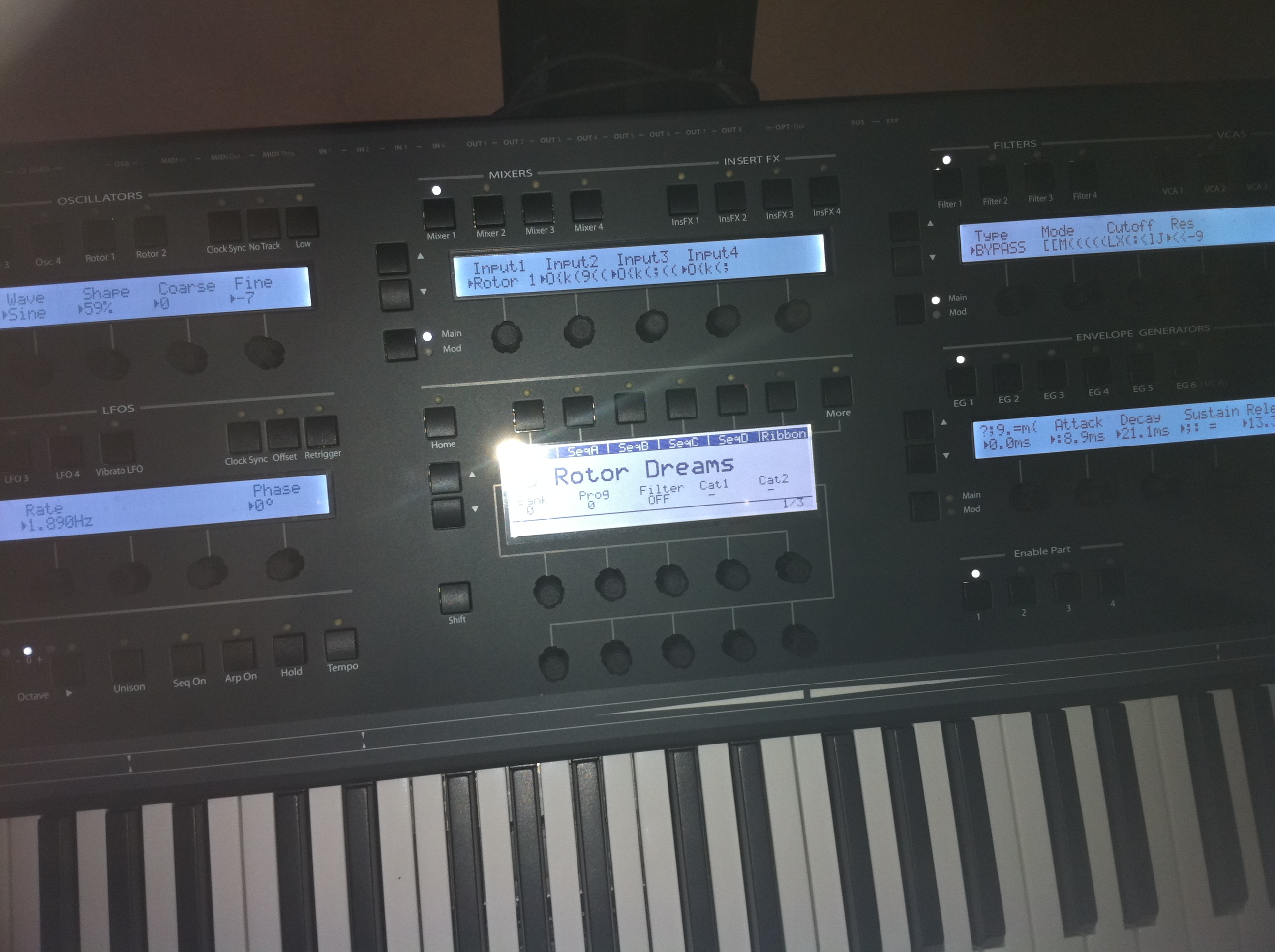 Please send me your private email and we will arrange for you to send the unit to Germany for repair.
John b.
Top

I make it work temporarily, just two turn on after the same problem when the bug come ..
message send on info@johnbowen.com with the serial number
Top

A new question to ask - for those of you who have seen this strange data displayed - the next time you see it, please note which bank and which preset you were in when it happened, and then let me know.

Thanks,
John b.
Top

Bother! Wish I had seen this thread before - I had this particular nuisance happen to me today and I have no idea what I did. It only affected the OSC screen and nothing on the others. Oh, that is, apart from a few remaining artifacts on the main screen that was rather odd.

I have now been warned and will keep an eye on this and make a point of trying to remember what steps I took.
Top
Post Reply
21 posts